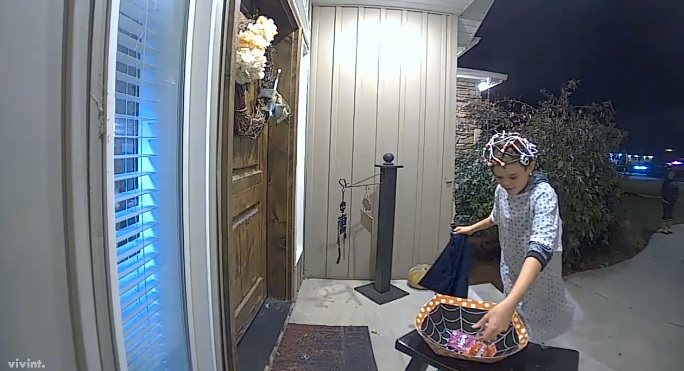 An 11-year-old has made the news after his sweet deed on Halloween was caught on camera. Hayden Chapple was trick-or-treating with his mother, Heather, when they ended up at the house of Jesse Robertson, and noticed their candy bowl empty.

Robertson was out trick-or-treating with his daughter and wife, so they left a bowl full of candy for the little ones to take, like many others do. And as expected, the bowl had gone empty.

When Hayden strolled on up to the porch and saw the empty bowl, he took some out of his own trick-or-treating collection and placed it in the bowl. According to the East Idaho News, the owner of the home said, “We have a doorbell camera and put up a sign every year. It’s fun to go back and watch kids making funny faces and doing their tricks."

When the Robertsons went to check their camera footage the next day, that's when they spotted Hayden walking up to the bowl, jumping up, and starting to walk off. But, then the boy noticed other kids coming behind him, so he ran back and filled the bowl for them.

Robertson took to Facebook to share the video of Hayden's good dead and it has since gone viral. Check it out for yourself below and spread the Halloween spirit!